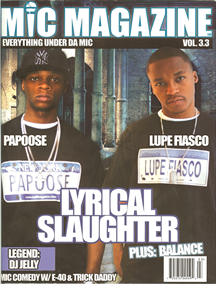 How long should the management contract last? Most management agreements last between one year and five years with the average being three years. The initial term of the agreement is usually one to two years with options (exercisable by the manager only) to extend the agreement for additional periods of one year each. This structure allows a manager to continue representing an artist they want to keep as a client and drop an act that they do not want to continue with by not exercising the contract option. In view of this, an artist should negotiate an “out clause” into the agreement such as a termination in the event that the artist is not signed to an exclusive recording agreement within a year from the beginning of the agreement, or in the event that the artist does not earn a certain amount of money in the initial term of the agreement (e.g. $100,000). Some management agreements have a term based on “album cycles” with each cycle lasting the length of time between pre production and the last promotional date of an album after release. Since an album cycle term is indefinite, it is best to have an agreement lasting no longer than three to four album cycles and a “cap” provision that says that the contract will end within a certain amount of time (e.g. 5 years) in spite of how the long the cycles run.

What should the manager’s commission be? Most managers in the music industry receive a commission form artists gross earnings ranging between 10% and 25% with new artists paying the higher amounts in this range and established artists paying the lower amounts in the range. The theory behind this is that a newer artist should pay a higher commission because a manager must work harder to establish the artist’s career and is therefore deserving of a higher commission. Of course there are many variations to how commissions are received such as paying different commissions for different activities in the entertainment industry (e.g. music as opposed to movies), and paying commissions on a sliding scale where higher commissions are paid at the beginning of the agreement and reduced later in the term as the artist becomes more established.

What commission does the manager receive when the term is over? This is probably the most hotly contested issue in the management agreement. On the one hand, the manager doesn’t want to stop making a profit when the agreement ends, as the efforts of the manager has been critical to the artist’s success. On the other hand, if the artist continues to pay a manager at the same commission level after the agreement ends, they will face “double commissions” in the event that they enter in an agreement with a new manager who would also be receiving a full 10% to 25% commission. This dilemma is often resolved by a compromise in the form of a “sunset clause” which provides that the managers commission is gradually reduced until eliminated a certain number of years after the contract ends (e.g. 5 years). There are many variations to sunset clauses, but the point of this is to allow the first manager to continue to reap profits for what they helped develop for an artist, and the artist can move onto new management without suffering financially for doing so.

Remember, in the “marriage” between the recording artist and manager, the contract is the license that will be the symbol of your relationship; so make sure it is something you can both live with, and make it happen! Until next time, keep checkin’ the Mic!

* The information that you obtain form this article is not, nor is it intended to be legal advice. You should consult an attorney for individual advice concerning your own particular circumstance or situation. *

This entry was posted in Media. Bookmark the permalink.